Yet another outstanding German stallion that died much too young. Rubinstein started his successful breeding and sport career in 1988 on the Stud Vorwerk in Cappel/GER. During his active sports career he won more than 44 tests at Grand Prix level and was 1996 part of the Olympic squad. Famous for his beautiful look, his outstanding character, temperament and his will to perform, he soon became one of Germanys most demanded breeding stallions. Exactly those quality characteristics are handed down to his offspring who soon became visible and recognized on the international Dressage stage. 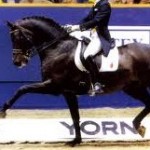 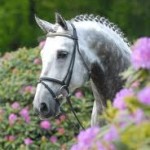 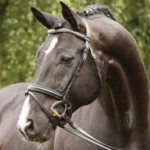