Super Dressage Mare by Breiling W out of Florestan dam: This mare has outstanding character and pedigree, ready for medium advanced classes. This mare would suit anyone, a junior rider or amateur who wants to proceed up the levels, a professional who is looking to produce a GP horse or a breeder who is looking for exclusive bloodlines. She has 3 equally good basic gaits, all lateral work and flying changes are confirmed and the mare shows talent for the collected work. She has show results and is very easy to handle in all ways. Not marish at all. She stands for vet and farrier, travels in a trailer and in a lorry and can be hacked out alone and in company.

Sire of this lovely Hanoverian mare is the Hanover stallion of the year 2014 Breitling W. Alone in Germany this stallion who was due to his own Grand Prix career (he won among others the Grand Prix in Hickstead 2001) only used little for breeding , has over 10 Grand Prix successful offspring ! His daughter Blind Date/Victoria Max Theurer ranking 27 in the currant FEI world ranking list.Breitling W passes on his potential to his progeny. In total only 79 of his progeny are registered German Equestrian Federation but the incredible amount of 28 of them are successful in advanced level and higher. One of his most spectacular sons is the stallion Burlington FRH who is numbered among the best young German Grand Prix-horses after having won the Nuremberg Cup and was member of the gold medal winning German team at the 2012 European Young Riders Championships with Charlott-Maria Schürmann.

Dam sire of this mare is the legendary Westfalian foundation stallion Florestan. On the WBFSH dressage stallion rankings for 2011, Florestan was in 2nd place with sixteen representatives, the most successful of whom is Hiscox Artemis. At the 2008 Olympic Games, Florestan supplied half the Swedish dressage team – Floresco and Faradera.

This mares pedigree goes on the dam side on with Akzent II and Wendekreis, completing the outstanding breeding value. 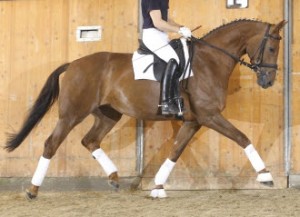 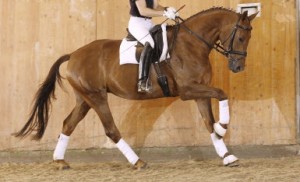 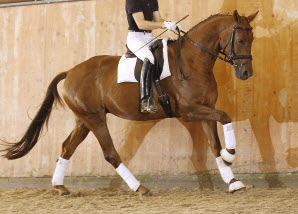 Looking for something specific?

If you are looking for something specific please use the contact page to get in touch with us. We only show a selection of horses on our website and have many more horses available.
Horse Sport Consulting